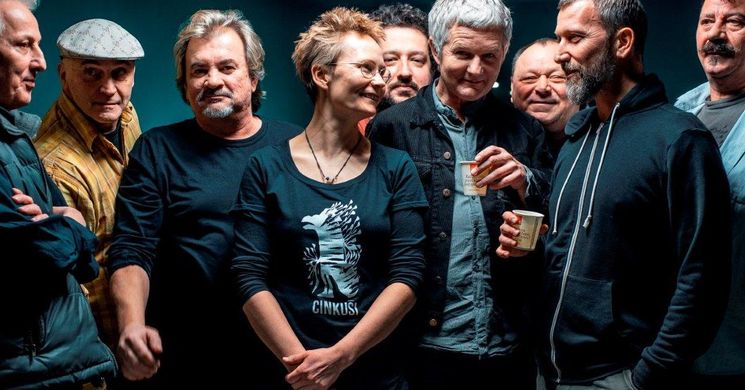 Cinkuši - Their music is strongly recommended in largest doses, particularly at the end of day when all errands have been taken care of – and all there’s left to do is sit back and enjoy an excellent surprise! This concert by the beloved band Orlek from the heart of Slovenia will mark their 30th anniversary and will surely not disappoint. Joining them live on the Večer Stage will be 6pack Čukur and Big band Zagorje!

The music of Croatian band Cinkuši is based on the rich musical heritage of Croatia, particularly the Kajkavian dialect region. The band masterfully mix the heritage with a unique artistic approach and literary samples and clichés that awaken collective emotions.

The artists provide an excellent blueprint for turning traditional songs into explosive punk and freak-folk renditions, brilliant ballads or subtle combinations of waltz and cabaret with a pinch of neo-folk underground added for good measure. They are open to any metamorphosis of rock, psychedelics, jazz, all the way to elements of expressive or even chamber music.

So far, Cinkuši have released 5 stand-alone albums and appeared on numerous compilations. They wrote the original score for various theatre performances, documentary and animated films and dance projects. They received numerous nominations and awards for their music, including, if we mention only the 2 most important ones, the 2010 and 2018 Porin music awards for the best ethno album (Špiritus Sanctus and Krava na orehu).

Their music is strongly recommended in largest doses, particularly at the end of day when all errands have been taken care of – and all there’s left to do is sit back and enjoy an excellent surprise!

This concert by the beloved band from the heart of Slovenia will mark their 30th anniversary and will surely not disappoint. Joining them live on the Večer Stage will be 6pack Čukur and Big band Zagorje!

This year, the “Orleks” are celebrating 30th straight and uninterrupted years in the music business. To launch their year-long celebration, they released the single Kranjski Janez in January, the fourth straight single from the album that will be released in June 2019 and will feature, aside from Janez, a few songs the crowds may already be familiar with, such as Sončen dan, Fešta, and Kjer trte rastejo feat. 6pack Čukur. The video for the latter was shot in Maribor and the greater Maribor area, and premiered at last year’s Festival Lent on the festival’s opening day.

This year’s concert is prepping up to be a real treat, as Orlek are known to collaborate with various orchestras – wind, symphonic, a choir or two … But this year’s concert at the Večer Stage on 22 June 2019 will be the first time ever  that they will be joined by Big band Zagorje. To make the gig even more fun, 6pack Čukur will be around to drop a few rhymes.

The town the Orlek band call their home is Zagorje ob Savi, at the heart of the mining industry, right in the centre of Slovenia. They took their name after a hill located on the outskirts of Zagorje. Their music is an original mixture of rock’n’roll, a kind of folk-punk polka-rock. A diverse instrumental line-up that, aside from traditional rock instruments, features a deep wind section and an accordion, moves them closer to the ethno-folk genre.

Their speciality are their lyrics that carrya social yet humorous vibe, sprinkled with expressions characteristic of the difficult life and work of a mineworker. All band members are very talkative, are quick to build a pristine relationship with the audience, and never cease to amaze crowds from different cultural backgrounds.

Their festival track record is the best proof of their success – they appeared at WOM festivals, the Tanz & Folk Fest (Germany), Folk Fiesta (Poland), Druga godba, as well as many festivals in more faraway lands: Musikfest (USA), Arts Festival Lahore (Pakistan), Folkherbst (Germany), Fringe festivals (Australia and New Zealand), Chaoyang Spring Carnival (China), and many other festivals and concerts in Hungary, Austria, Bosnia and Herzegovina, Macedonia, Russia, and, last but not least, Slovenia. In 2012, they embarked on a very successful tour across Brazil, Argentina and Uruguay where they played in front of Slovenian expats. They are also known for their excellent club gigs; in 2002 and 2006, they even played at the legendary CBGB Club in New York. 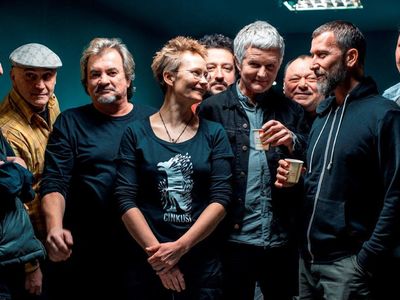 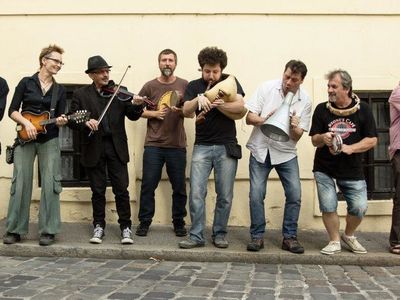 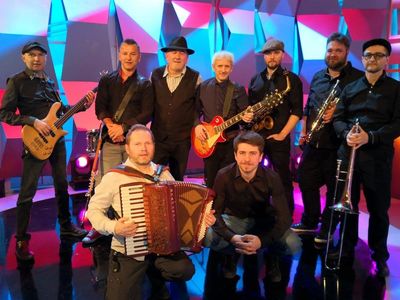 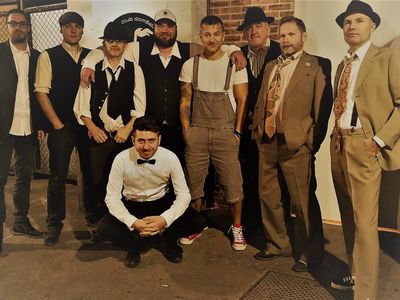