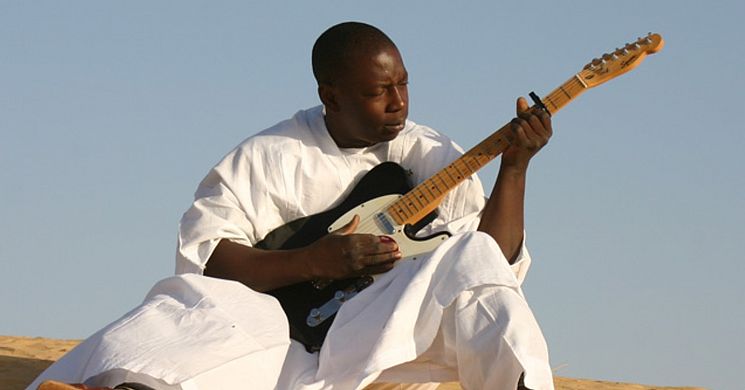 Vieux Farka Touré, the son of legendary Mali guitar player Ali Farka Touré, made a lasting impression on music fans all over the world with his artistic depth, the range of his songs, and his high-energy and at the same time relaxed performances.

His unique guitar playing style that draws from the earthy rawness of Mali is best enjoyed on a six-string and accompanied by the classic set-up of bass guitar and drums. This earned him the nickname ‘Jimi Hendrix of the Sahara’. While he followed his father’s footsteps on the first album, he later took a path of his own and introduced his own sound – he’s still true to his roots, but he added elements of rock, reggae, Latin American music and other African influences. He inherited his father’s light and speedy fingers and has therefore earned a mention as the most important guitar player of the last two decades, but has never shied away from modelling his music after hard Sahara rock artists like Tinariwen. His latest album Samba, recorded live in front of a small audience, was released in April 2017. Critics already call it Vieux’s best, most rounded, and most mature creation to date.

As the Independent put it when Vieux played the London Queen Elisabeth Hall: “Every now and then, if you’re very lucky, you get to witness a live performance that blows everything else away.” His first appearance in Maribor is sure to be nothing short of mind-blowing. 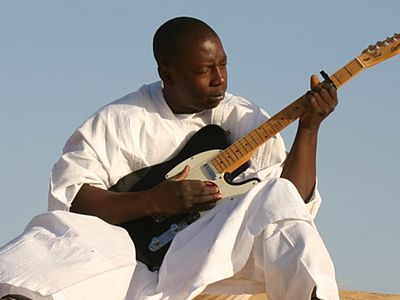 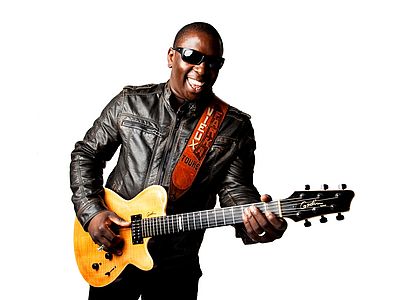 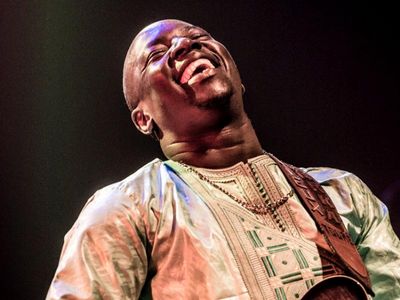 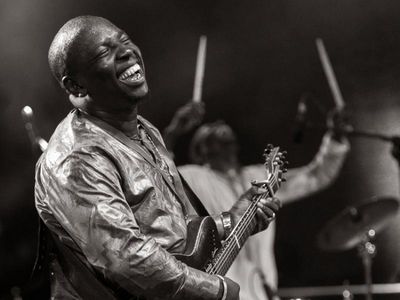