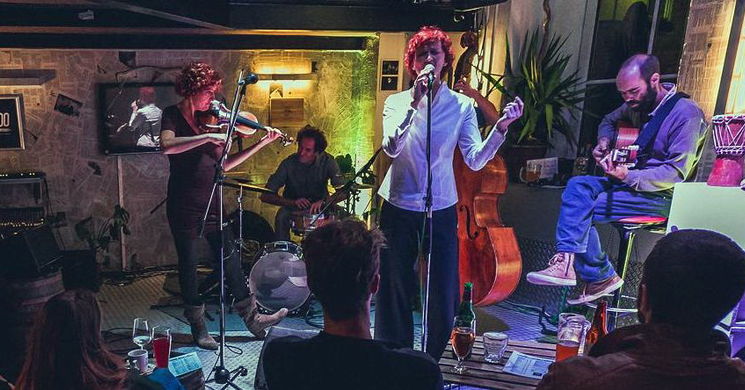 tAman are back on stage after a two-year hiatus with a fresh set that now covers everything from their traditional musical oeuvre all the way to od Vardara pa do Triglava.

Fuelled by their explosive drummer Marjan Stanić, unique bass lines of Nino de Gleria, creative guitar sets by Luka Ropret and the charismatic female duo Jelena Ždrale on the mic and Maida Džinić on the violin, the band’s first album tAman released in 2016 featured one-of-a-kind renditions of the Bosnian melancholic ‘sevdalinka’ and the Macedonian traditional song. Acting on their world-class skills and broad interpretation of music, tAman brought the traditional closer to the urban, replacing melancholy with optimism and creating a new vision-hearing of oft heard and interpreted songs.

tAman’s high-energy performances will make even the most static crowds stomp their feet – and make the most stoic crowds shed a tear – and they never fail to impress and surprise with their innovativeness, creativity and on-stage spontaneity. 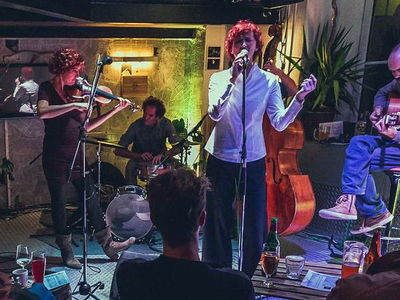 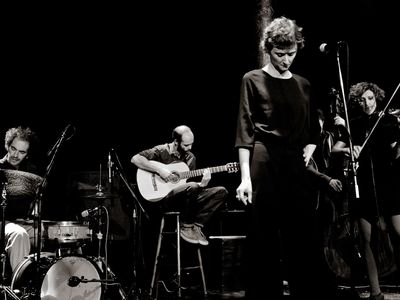 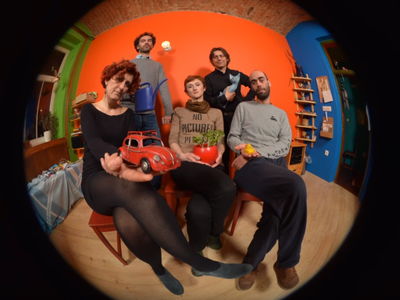