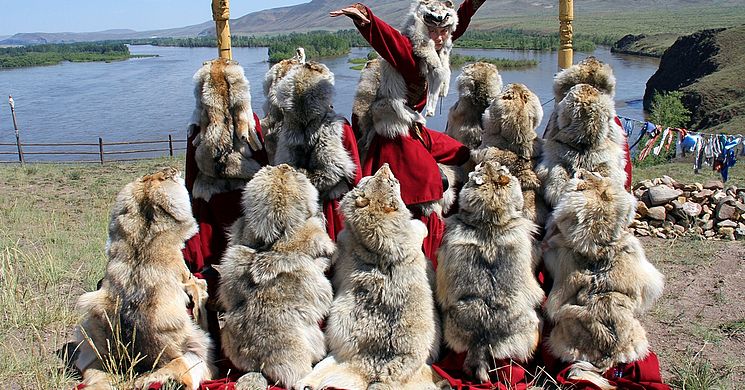 Folkart is still a young buck who entered his (first?) thirty years in great style. He grew up big; known all over the world, a favourite and desired destination of many foreign folk dance groups.

Milestone anniversary! That’s right, we’re upping the festivities this time around. The milestone, 30th Folkart, will once again make the young and old alike rejoice as part of the Festival Lent 2018, this year again on the grand floating stage on the Drava river.

It’s promising and it promises!

For the small price of a ‘Lenta’ festival pass, all fans of the magical and colourful folk heritage of the world can have their fill of folklore. Yes, all it takes this year is a ‘Lenta’ pass; no extra ticket required. Two grand concerts await at the Main Stage on the Drava river; the opening ceremony (Tuesday, June 26th at 21:00), and the grand finale, closing with a majestic display of fireworks, a gift for the performers and the good people of Maribor (Saturday, June 30th at 21:30).

All across Maribor, street performances of world-class folklore groups from all over the world will be available to you completely free of charge.
On Wednesday, June 27th, and Thursday, June 28th, before noon and in the evening, and on Saturday, June 30th, when ‘half the town’ gathers at Grajski trg square, we will be able to witness tens of performances by folklore groups galloping through centre town, caroming through the streets and squares, and ending in the Town Park. All topped up by grand parades!

The folklorists can hardly wait for these performances, delighted by the throngs of people lining up on the streets and in the stands, whom the dancers are always eager to meet and teach a dance move characteristic of their cultural tradition. Each and every one of them lauds and loves the audience in Maribor.

Choosing the groups for the big milestone was a special challenge; oh, yes, quite a task. A long and challenging task, sometimes brimming with panic… What if some of them don’t show up? The anxiousness and uncertainty reigns supreme every year until the dance groups come to town, but over the years we’ve learned to cope with those. Once again, we’ll be able to live and see the diversity common to the people of our planet. Take, for example, the folklore group from Argentina; they called us and wanted to be part of the festival, having heard of Folkart and deciding they wish to show us their tango, a dance of passion born in the slums of Buenos Aires. Get ready to meet the amazing, charmingly casual Montenegrins, who exude pride and aristocratic heritage in every step they take. We’ll be joined by the African ‘lions’ from Kenya, who will bring along their steaming rhythms of the Black Continent. We will witness the excellent dance group from Peru, keeping alive the mysterious culture of the Inca. The Tuva Republic, a lesser known gem from Southern Siberia on the border of Mongolia, known for guttural signing and dancers who keep alive the tradition of nomads. We’ll greet the excellent dance group from Serbia and be able to relive the memories of our former common land. Of course, Folkart is nothing without Slovenia – our locals, hosts to the dance groups during their stay in Maribor, the tireless members of the Academic folk dance group Študent Maribor; can’t have a Folkart without them. Also joining us are the members of the Academic folk dance group France Marolt from Ljubljana, a group that was with us at the very first Folkart.

We’ve been planning, searching, piecing together the puzzle, working like crazy, throughout the year, and a few years before that, before we could finally cast the programme in stone. Now we can all look forward to seeing folk dance groups from all of the world and enjoy when they walk up on our stage. We’re glad to see the happy faces and relaxed joy of the people of Maribor, as well as visitors from elsewhere, and see how they enjoy the excellent performances of the folk dancers, the hearty ambassadors of their amazing traditions and cultures. 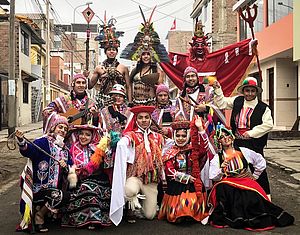 The Inca are definitely the most famous civilization that once lived in today’s Peru. Their beginnings are shrouded in a veil of mythology and documented in rare accounts of the Spanish, whose arrival in the 16th century marked the end of this amazing civilization. The world-famous and well-preserved ruins of the “Lost City of the Inca” are located on the Machu Picchu (or “Old Mountain” in the Quechua language) mountain ridge at nearly 2,500 m altitude. Amazing history, convergence of different influences, and ancient culture; all this and more in a single performance by one of the most famous groups folk dance festivals all over the globe want to host – the C.I.D.A.N. MiPeru dance group, whose beginnings date back to 1985. 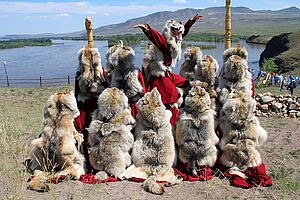 Tuvan Autonomous Republic is the cradle of a very special and unusual culture. In the heart of Asia, on the banks of the mystic Yenisei River, this Siberian country has it all – amazing nature, diverse landscape, ranging from tundra to desert, moose near the Mongolian border and camels in the south. All this makes the Tuva Republic a magical and mysterious place. The national ensemble Sayani presents their customs and life of an ancient nomadic people, whose descendants have preserved their native language and original, primeval culture. Their performance is based on myths and legends of other Asian people living in this region. Definitely one of the highlights of this year’s Folkart. 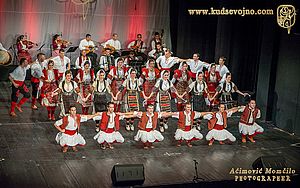 When the culture and art association Sevojno was founded in 1954, many generations got the chance to get involved in folk dance, song, and music. It is a well-known fact that the Serbs have a deep respect for their culture. Originality, diversity, powerful rhythms, beautiful folk attire, unmistakeable honesty, and the grandeur of folk life are the foundations of each performance of this folk dance group that toured all over the world and has earned the most prominent foreign and local awards throughout their tenure. They also keep alive the originality of folk customs and authenticity of folk attire, as their collection features pieces that are over one hundred years old. 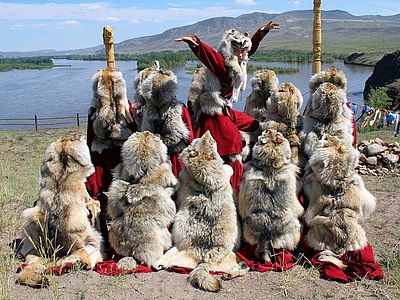 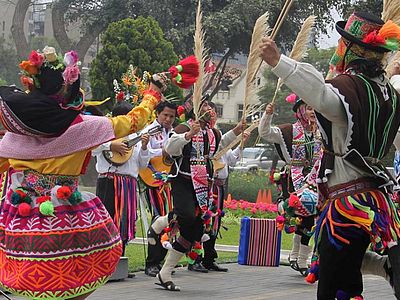 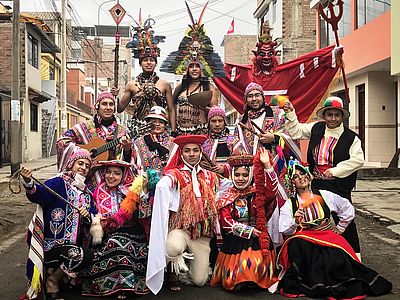 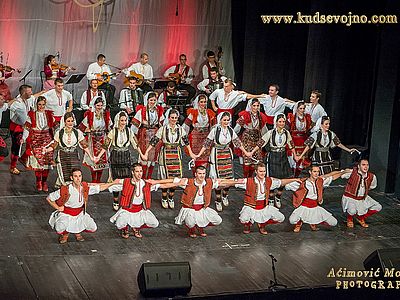