Indestructible energy of the 80’s fuelled by experiences of the new millennium! 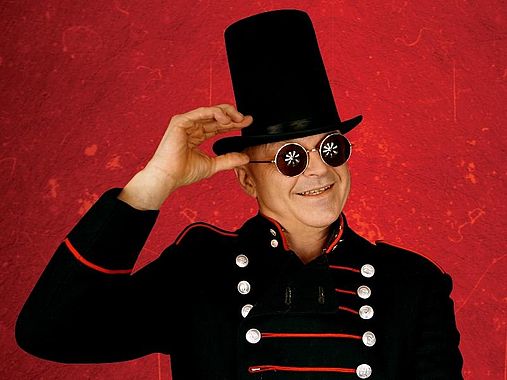 (:)PENFUTURE(:)PEN is the name of the band and project featuring: Open Mark, Open Angels, Open

Muse and Open Band and lyrics and songwriter Pen MarkFUTURE is the title of the double CD: Aside: Game of Words Beside: Game of Tongues (Bilingual)

Marko Vezovišek a.k.a. (:)Pen Mark, is bringing his latest original project. Despite the leitmotif closely resembling the movie Future: Open, the genres are scattered all over the place, ranging from neo-punk (Sing Tomb Boom, Face My Book), through a bit of jazziness (Weltschmerz), new-age-Broadway fusion (Adijo Norišnca, Goodbye Institution), to rock ballads (Winter Lights/Lučke Zima), with all other known and unknown music genres thrown in between for good measure.

Indestructible energy of the 80’s fuelled by experiences of the new millennium! What more can you ask for?!