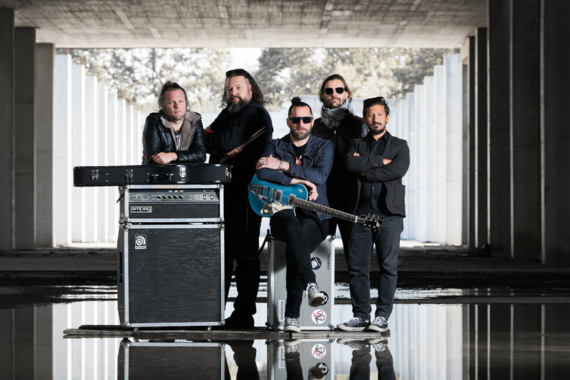 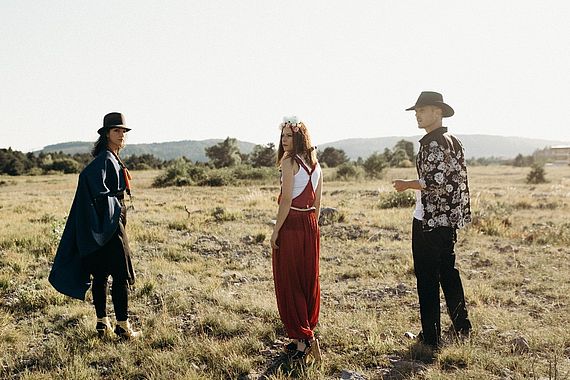 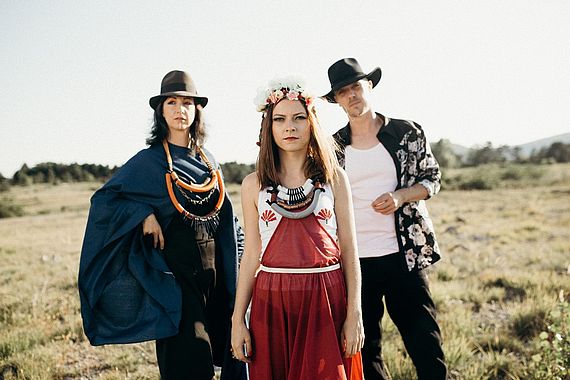 Okustični made a debut with a flash!

Mate in Karin needed more voice. And Jadranka Juras obliged. For their first single, the trio masterfully created the song Pri nas, shot a video, and surprised…everyone! Including the doubters. There’s no coincidence Jadranka, Mate and Karin are all jazz lovers.

After a hiatus on the pop scene, Jadranka Juras channeled her talents into classics and surprised us with a record of jazz hits Paris Honey.

After working with Magnifico, and after the successful project as part of the Da Phenomena duo, Mate Brodar got the itch for Jamaican rhythms, leading to two addictive records in the BRO project and an absolute stunner of a TV ad.

Following her jazz vocal studies in Klagenfurt, Karin Zemljič was the backing vocalist in two Eurovision Song Contest campaigns, was part of projects with the RTV Slovenia Big Band (Funkcognito), recorded an album with the international ensemble Flozell, and was part of several other projects.

The three artists see their collaboration as a step forward in their careers, a journey into the vast unknown – just like the road they travel in their video.

Concerts filled with sincerity, dynamic energy, pure music sessions, and bluesy improv have been trademarks of & Tribute 2 Love for a decade.

The band presented their new album 3p to a sold-out crowd at Kino Šiška in February. 3p is full of blues and bark and the critics call it one of the most sincere pieces of music in the recent past.

Hamo & Tribute 2 Love are no strangers to hit singles and are on an eternal quest for love with their caravan of blues, rock, and soul.